aka Benjamin Schindler is an Austrian artist who has been living out his vocation, spraying, since 2010. Starting with beautifying children’s rooms and leading graffiti workshops in various youth centres and schools, he has approached graffiti order by order as a professional full-time job.

After further training as a graphic and communication designer at the Ortweinschule in Graz, he finally set off for the Graffiti Mecca of Europe, Berlin, in 2014, where he deepened his skills and catapulted his abilities to a new level.

After four years in the German capital and numerous commissions for brands such as Netflix, Amazon, Adidas and co, he has decided to fulfil another long-cherished dream; his own graffiti shop in his hometown Graz.

Sizetwo also enjoys giving walls a new face in his spare time, riding his mountain bike regularly, spending a lot of time with his daughter, Luna, or being creative together with his wife Laura Schindler.

Since his time in Germany, he is a much sought-after contract painter in the commercial sector and also a welcome guest at graffiti and street art events worldwide. His works can be found in Germany, England, Croatia, Slovenia, Spain, Russia, Ukraine, Italy, Argentina, Switzerland, among others.

From 2021, SizeTwo will additionally be represented and managed by the German agency ARTEKING. 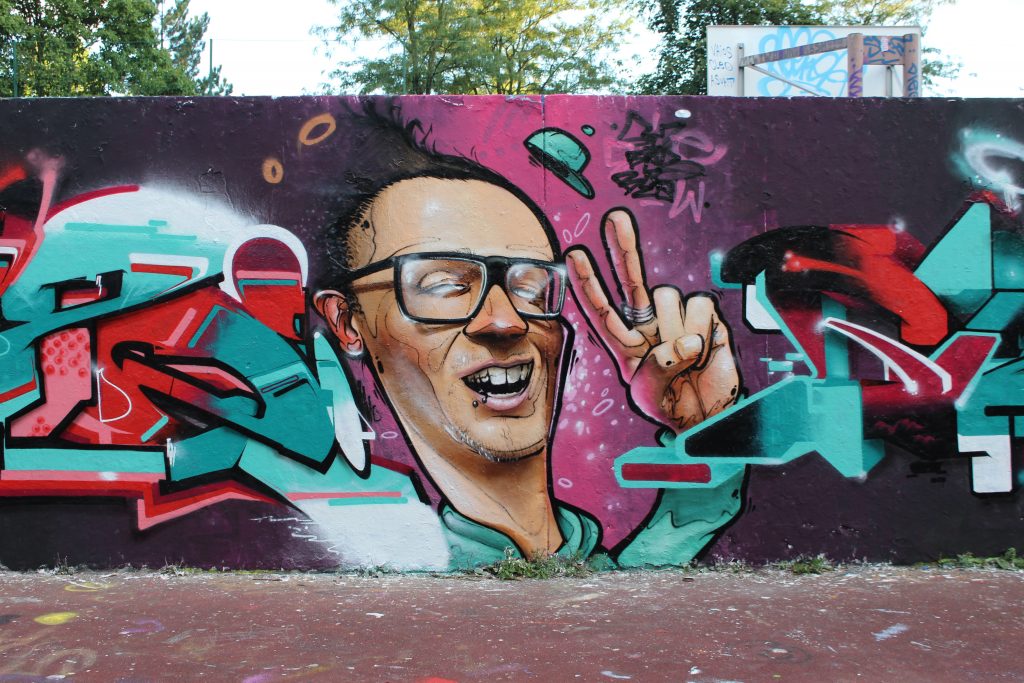